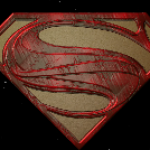 This is a private group. To join you must be a registered site member and request group membership.